Widely known as Malta’s sister island, Gozo knows no bounds when it comes to its pure charm. For long associated as the home of Homer’s nymph, Calypso, the island is home to 37,000 inhabitants known in Maltese as ‘Ghawdxin’.

Remains of archaeological significance and others of great historical import dot the landscape, proof of the island’s vibrant existence throughout the millennia. Gozo’s history spans 7000 years; through the ages, different peoples have created a colourful mosaic seeped in history and culture. The island is a melting pot of Mediterranean, Middle Eastern, British and European influences.

The island’s history has been embodied in the population. Gozitans are warm, welcoming and can speak English and Maltese with a large majority also conversant in Italian and French.

Mild winters and long warm summers, together with 300 days of sunshine per year, mould this little island of rugged terrain, stunning cliffs and the bluest of seas. Days at the beach and nights at the village festa means that summer on the island is a soul-filled affair.

Xaghra
Home of our farmhouses

Ix-Xaghra (pronounced shara) is home to the oldest free-standing structures in the world, a vibrant community of 4000 locals, and a whole lot of charm.

The village is built on a hill to the central north-east of the island of Gozo. It lies just under four kilometres from Rabat (Victoria), the town of the island and aptly described as the village of the goddess and the Madonna.

The Ggantija Temples, as well as the golden sands of Ramla Bay, place it firmly on the world map. The Temples date back to 3600-3200 B.C., older that the Pyramids of Egypt and the oldest known human structure in the world.

Ramla Bay too has its own historical import, with a defensive wall built by the Knights of St John still visible under water and a noticeable sandy mound, under which remains of a Roman Villa lie. Grottoes with stalactites and stalagmites and caves featured in Greek mythology are also there for exploring.

Our properties are 10 minutes walking distance from the summer resort of Marsalforn and 20 minutes away from Ramla Bay. The village square, its award-winning restaurants, bars, shops and magnificent church are a 15 minute walk away. 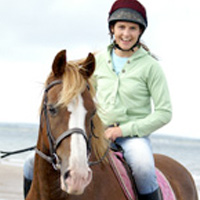 Horse Riding
One can ride making use of a lead if inexperienced in horseback riding or without it if you feel confident enough. A great experience not to be missed! 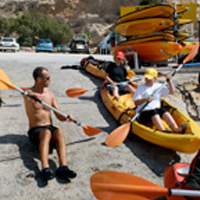 Kayaking
Gozo’s northern coastline of little beaches and boulders are perfect to explore by kayak. 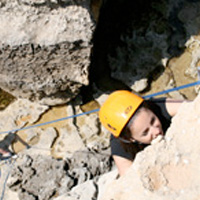 Rock Climbing
Gozo has a number of locations to suit all levels of experience. Qualified guides will take you to the best locations. 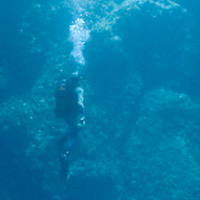 Diving
Entering the underwater world is a unique and thrilling experience. Gozo and Comino offer a number of ideal locations for taking the first plunge into this captivating activity. 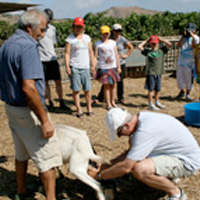 Agri Tourism
Guided tours around the estate followed by wine and food tasting sessions. Hands on agricultural experiences during the harvest seasons. 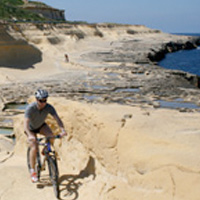 Cycling
There are a great number of cycling routes that offer a wide range of challenges , with long country roads, narrow walled streets with rough surfaces and smooth long stretches that allow you to get into a good rhythm. 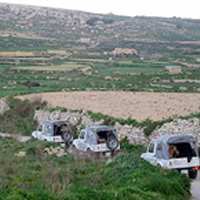 Jeep Safari Tours
Jeep tours are perfect for visiting wonderful places of interest, for wandering through fertile valleys and across rough off-road tracks. 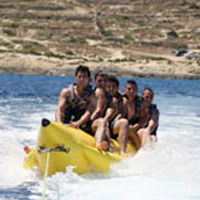 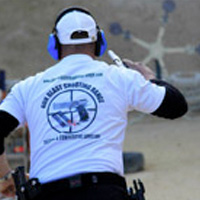 Shooting
The Gun Blast Shooting Range is a newly born shooting organization, with the first legal shooting range in Gozo. Target shooting is a unique and exciting sport which can be enjoyed by the young and old alike. 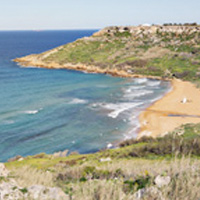 Swimming
Malta's beaches and seas are safe. Nonetheless, if new to the islands, it’s best to swim where and when the locals do. 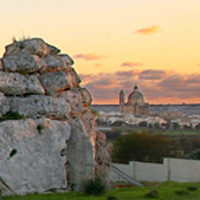 History
The history of the island is one that cannot be ignored. 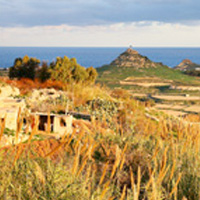 Country Walks
Gozo’s countryside is great for exploring. The best months for walking are April, May, and early June, and later on in the year in October and November. 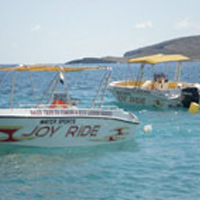 Boat Trips
You will discover in comfort and style all the beautiful places around Gozo and Comino. 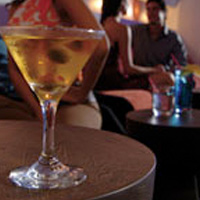 Nightlife
Plenty of seaside bars, restaurants and events to participate in during the Maltese Summer. Our properties are only a 15 minute walk away from Marsalforn, the island’s summer hot spot. 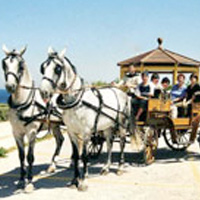 Carriage Rides
Sit back, relax and experience the hidden beauties of Gozo. You'll be treated like royalty. Several tours to choose from.